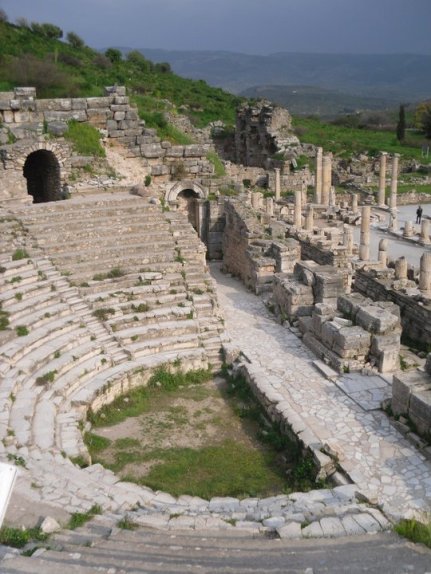 Last week I finished blogging about daily living and spiritual growth as a Christian, as addressed in chapters 4 and 5 of Ephesians. Today we will look at the end of chapter 5. If the subject of spiritual gifts is tough to unpack, we move to an even tougher subject to unpack. Life in the household. Some necessary back history: Looking at the relationships in the household in antiquity, Paul is going to model what those relationships should look like under Christ.

He addressed the wife to her husband, the husband to his wife, the parents to the children and the slaves to their master.

The one relationship that one apply to today is the model of slaves to masters. We no longer have slaves. Some people, however, choose to use this model in relation to their boss. This is fine and will result in an excellent work ethic, but our bosses aren’t in our household. Our households are much smaller and operate differently than businesses.

This is a small passage, but we could spend hours discussing it. Let’s unpack it. First, look at the word “submit”. In the Greek this word is” hupotasso”. It was generally used in terms of military positioning in the sense that soldiers stand beneath the authority of the commander.

Is God commanding women to be submissive to all men? No. Husbands, only. How do you think submission by a wife should look?

Before we understand this mandate, let’s look at the status of a woman in society. She had no rights, she was considered property by the man in most cultures. The Jewish culture began to absorb this way, but originally, it was the wife’s sexuality the husband owned. It first belonged to her father, it was a commodity, and she had to spend her whole life preserving it.

Women couldn’t work outside the home or earn money. They couldn’t own property. Greek women literally spent all day in the home taking care it, of children, and of preparing meals. If she were wealthy, she would have someone do all this for her. When women were allowed out, they had to be accompanied by a male. They could go to women’s dens to socialize, if they were in high status. Men would never be there, and they never socialized with men. Men in high society had a variety of pleasures to participate in.

In the Greek, the word for head is “kephale”. A better translation would be “origin” or “headwater”. Marriage is to symbolize Christ and the church, with the husband symbolizing Christ, and the woman symbolizing the bride, the church. Christ is in position as the source, origin, or headwaters of the body, the bride is the body. Both have a separate function.

There is no shame in submission. Christ submitted to the will of His father, but was still wholly God. The Holy Spirit submits to the Father, and is still wholly God. Each facet of the triunity has a part to play, together making a strong, single unit.

This is the husband and wife.

What’s important about this relationship is this: In Greek society, woman also had no choices. The wife did as the husband commanded, and she basically spent her whole life meeting his needs and demands. Full stop.

In loving a wife, a household, a Paterfamilias had a function. There was this condition to provide for the entire household everything that anyone might need. But the love Paul is talking about is much deeper. It is wholly sacrificial, the way Christ loved the church. While, as women today we may think the type of submission required us is difficult, consider what the man was losing here. He was to lay down his rights for his wife. 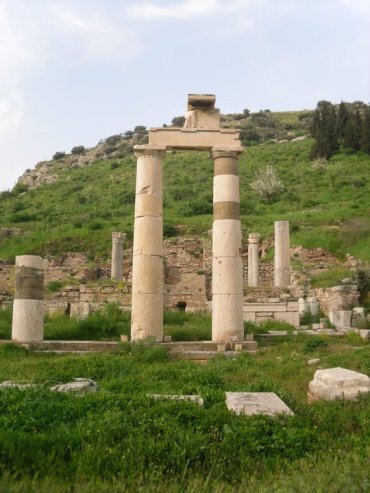 With this mandate, the husband was reduced to loving only one woman. This was radical, this was also a respect the world had never seen. Women weren’t respected. Now Paul is commanding the man to love his wife.

God loves His daughters, and He has handed them over to the man in trust to cherish and nurture them before all else. The husband will be held into account for how he has treated his wife. I cannot stress enough how radically different this was in that day. The man was losing his freedom, basically, which is what Christ did.

Scholars all agree that in the relationship of husband and wife, the husband must be the spiritual leader and part with something first, joyfully, willingly, seeing the bigger picture. Once this happens, the wife will joyfully, and willingly, choose to submit. This type of unity would be a light in a dark world and really stand apart, the husband vowing to love only one woman, the woman joyfully submitting to her husband without complaint. It would be a model marriage.

Do you know anyone that has a marriage like this?

People are broken and the powers that be have done all they could to tear apart the family unit, to break marriages and families. Look at children today. Look at what technology has done. It hasn’t advanced the family. One man said back in the 50s the worst invention ever made was the TV.

I want to point out to you something else unusual about the husband-wife relationship. Paul creates a word in this passage that is not used anywhere else in Scripture. However one would translate head in this passage, it is not an active verb telling the man to do something in relation to the wife, it is describing what he is. And this is unique because this symbolism was Paul’s innovation. Nowhere in Greco-Roman literature had this metaphor been used. It is the organic morphing of two separate entities for one function. A unity. “Two becoming one flesh.” This happened in the spiritual and physical realm. It is not suggesting an erotic experience, instead a union that is so melded that one cannot make the distinction of two forms or which one is functioning in which way. This image surely erodes inequality.

Paul establishes the importance of first being connected to Christ and then the status of the body is altered and animated. Paul purposely mixes the metaphors of “head and body” and “two become one” to relate to the husband and wife and Christ and the church. The common problems should be resolved. There should be mutual submission because the unit is one; because the unit is one there should be mutual submission. The husband lays down his power and makes a sacrifice; the wife has equal status and chooses to serve her husband. Both ends glorify God and are useful in His kingdom. It may not look very different from the outside, but what happens inside in the mind and in the heart breeds a different result. One empowered with love. 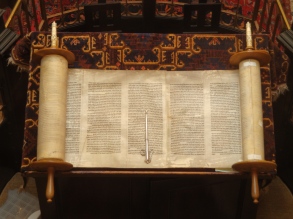 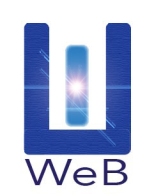