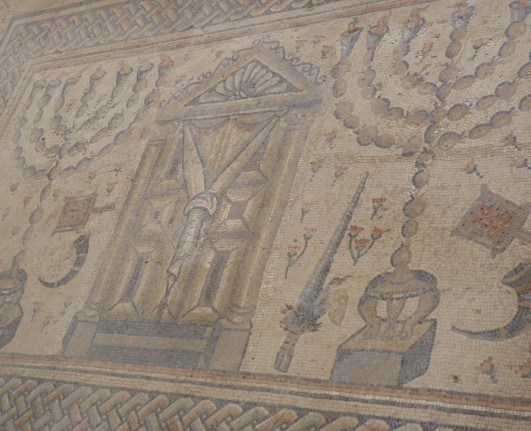 Moving forward on the subject of the current hop topic of the Hebrew Roots Movement, we continue with part 3. During the Old Testament era, those who believed in a coming deliverer would have kept the Mosaic Law, the feasts and celebrations. But if they were alive when Christ was on earth and did not recognize Him as the fulfillment of the Mosaic Law, and their Savior from the Law, they denied and rejected Him as their king. They will have no part in the royal kingdom.

The Jews in the region of Philadelphia were ranting that they were the one true people of God. But Jesus is telling His church that it is not Israel that holds the key, but Himself. We must also consider that during this time there was no New Testament. Christians would have most likely come through Judaism, or been familiar with the teaching and practices of the synagogue, as this was what their nation was entirely built around. The early Christians were reading the Torah and keeping the festivals, attending the synagogue, etc.

One of the major issues that would separate the Christians from the Jews would be circumcision. Jews would continue to uphold this law; Christians grew to understand that the Holy Spirit was the spiritual fulfillment of what physical circumcision represented and were already circumcised, so to speak. 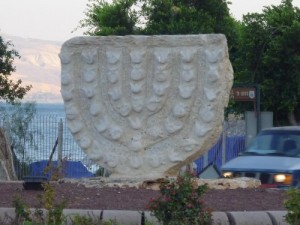 In this metaphor of key and door and gate keeper, John is quoting directly from Isaiah 22:22. Here the key holder is Eliakim, the steward of the king, and he had the power to decide who had entrance to the king. This portion in Revelation is pointing to the fulfillment of this prophetic text.

The same can be said of the church of Philadelphia regarding the synagogue of Satan. While we can assume that the Jews of the day were the ones in this “synagogue,” could it mean something more that they professed to be Jews but were liars? Is Christ implicating that if they were “real” Jews, they would embrace Him as their savior? It would be understandable to interpret the text that way. I think, like the previous verse, this verse has both a present and future implication.

If we read the text in Revelation 3 further, we can see it is addressing the last days. The church of Philadelphia during its day, like believers today, was fighting to stay alive. Here believers were and can be comforted in knowing that Christ is the one who ushers people into the presence of God. Not only this, but He comforted believers in saying that the reversal of fortune would come and even the Jews would verbally confirm who the true church is.

This passage in Revelation 3 looks to the time the real Jews will acknowledge their Savior in the end, and all the nation of Israel will be represented in the Kingdom of God. Here is where we may presently differentiate between the real Jews and those that are lying, pretending to be Jews.

They comprise the present day synagogue of Satan. They work for him. They have an agenda.  But those believers who have persevered and have kept God’s word through all of the false teachings and persecutions will be spared. This is speaking of future events, and I believe the day is nearing, as the presence of this synagogue of Satan is multiplying and working across the globe, represented in every major business network, filled with people professing to be Jews, but they are the devil’s advocate.