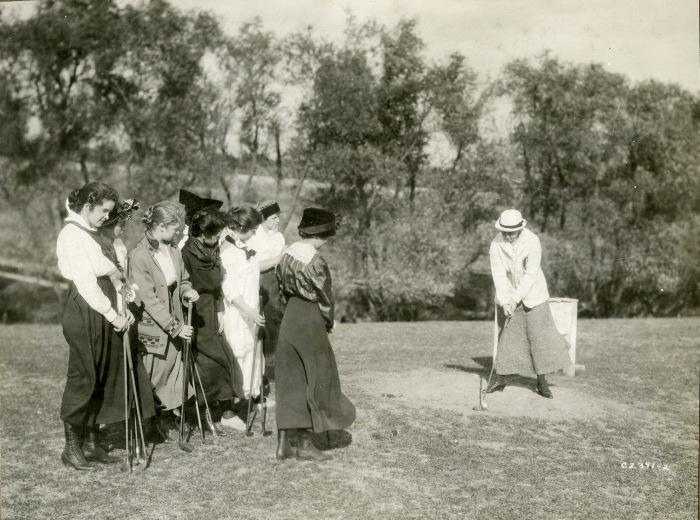 I only learned how to golf to have a common denominator with my dad. He loves golf. Though I don’t think I ever lived up to his expectations, I did play well enough to go a round with the boys.

In fact, one day four of us were having a go. It was going to be a good day. When I was finished with 18 holes, I intended to make way to a cook out at Grand’s house. His place was the hangout. He always barbecued the best meat. Nice, juicy steaks. I had my mind set on one this night.

I was going to have to leave early to collect my sister, nephews and baby niece from the airport. They were coming for a week’s stay, and I was so excited to see them.

Two of the four of us managed a golf cart, then there were no more to be had. I was not in the lucky pairing. At all.

I walked the course with Stot. Stot was short in stature like myself, with a big heart and a bagful of courage and personality. We were quick witted, sarcastic with a love of laughter.

Things, though, were not so funny.

By the 9th hole, I was in the lead.Stot was itching to take a shot with Histor’s Big Bertha. He had gotten it for Christmas or some special occasion. Histor was tall, so was Wrent, the fourth player in the round-up. Through Stot’s asking, Histor  handed over the Big Bertha. Stot gave it close examination.

“Wow! She looks gorgeous!” His eyes lit up as he stared at the club head. “I can’t believe how expensive these things are! But what a shot improvement.”

“I got a good deal. Anyway, I like the sound of contact. She gives a nice ‘click’,” Histor added. He had a goatee and a long, thin dark pony tail. He was studying history with the intent of one day teaching. 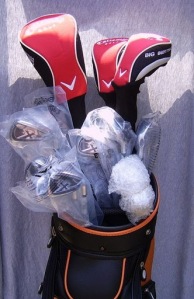 Wrent was married and working a 9-5 job. He was humble and meek and easy to like. Wrent had a twin brother.

Together, we stood back as Stot prepared his tee. He gave a practice swing. Big Bertha was simply just way too big. At least for Stot. The line of the club wagged as Stot fought to drive it behind his head.

I stood back left of him. Next to me were a couple of big oak tree. To the right was the hole we just completed, guarded by a chain link fence. What happened next, you could not pay someone to manage. The odds would be a trillion to one.

As I was positioned to spot the tee off, I kept my left hand on my hip, with my left foot slightly opened. Big Bertha was just too big. There Stot tried to set up for the perfect shot. I watched him drag the club over his shoulders, bend his knee, down swing. “Clunk!” Down whistled the club and made a funky sound.

Desperately searching for the ball, what happened in nano-seconds passed by like minutes to me. “PING!” said the chain link fence post at the ball struck it. I saw the ball making its way back to me at a 45 degree angle. I could not respond fast enough.

“POW!” The ball made contact with my ankle, sending me to the ground.

2 thoughts on “MisAdventure: The Mysterious Swing of Big Bertha Part 1”